View this email in your browser

Thank-you to those who attended or expressed an interest in the special information meeting run by the Department of Health on Wednesday 4 December. As you are aware, the Department of Health is proposing a new development at the top of St John's Burial Ground where the Trade Workshop is currently located. In October 2018, the Government announced that it will build a dedicated Mental Health facility at St John's Park, New Town. This capital project is being managed by Asset Management Services (AMS) in consultation with Mental Health, Alcohol and Drug Directorate and Mental Health Services. X-Squared Architects have been appointed as the consultants for the project and have contracted an archaeologist, Brad Williams, Principal Consultant, Praxis Environment.

Archaeological excavations took place on the weekend of 14-15 December. Brad Williams advised on 15 December that 100 square metres were opened up on the western side of the workshops and work commenced on the larger carpark area. Brad found that topsoil had been stripped for the carpark and the thin layer of road base forming the carpark is on a layer (about 300mm thick) of coarse red 'shaley' gravel, which is natural and very hard digging. This is on top of a clear horizon of yellow rubbly clay, so any deeper disturbance would be evident. At that stage of the works, Brad 'found no evidence whatsoever of deeper ground disturbance that could indicate burials'. He stated 'The geology of this area is very hard digging'. He also noted historical evidence about the unsuitability for digging of some areas of the burial site and he will further analyse those findings. From the works undertaken, Brad has concluded that there is a very low likelihood of burials in this area. The carpark was reopened on Monday 16 December. Regular updates about the development will be provided to members of the Friends of Orphan Schools.

The Friends of the Orphan Schools and the Tasmanian Museum and Art Gallery combined to bid for a rare sampler made in the Female Orphan School in 1838. Unfortunately, we were outbid. The following story appeared in The Mercury on 23 November 2019:

'A RARE and skilfully stitched creation made at a former Tasmanian orphan school has fetched a high price at an auction in the UK. The item was estimated to be valued about A$1500, but was the subject of an intense bidding war at the Tennants Auctioneers' Costume, Accessories and Textiles sale in North Yorkshire. The 15cm-wide sampler - which was produced as a demonstration of the embroiderer's skill - was completed by a girl from the Queen's Orphan School at New Town in 1838.

At the auction overnight on Friday, the sampler sold for 9200 pounds, or more than A$17,000. "Samplers have been selling strongly at auction recently, but it was the rarity, condition and quality of stitching that boosted this example to such heights,'' Tennants Auctioneers said. The auctioneers said the piece was carefully stitched and was executed on a fine hemmed gauze. It features the wording "Queens Female Orphan School Van Diemens Land 1838" and includes a verse entitled "Lines on a Lady" that "extols the virtues of meekness and mildness", the auctioneers said. The sampler is decorated with stitched motifs of heart, crowns, flowering trees and stars'.

We understand that the successful bidder was a collector of orphanage samplers. A similar sampler, made in the same year, is held by TMAG. Life Member, Joyce Purtscher, contributed this information about the sampler to TMAG:

The basket embroidery was given as a gift to Lady Jane Franklin (1791-1875) by Queen's Orphan School orphans in 1838. The text embroidered into the design notes that it was made for the 'first examination' on 31st May 1838. This was presumably the first examination held in the girls' wing of the newly-built school. It is not known who, or how many orphans contributed to the making of this unusual sampler. The design is very simple, consisting of minor variations in each of the nine rosettes. This suggests an overall predetermined scheme within which the students were permitted to contribute minor variations.

The flat 'basket' made up of nine equal sized circular panels; one forming the centre or base and the remaining eight, originally forming the sides, arranged around it and overlapping one another. Each panel is made from a paper disc with pinked edges, the upper surface of which is covered with white linen. Each panel has an embroidered inscription, with a unique variation on the standard motif of a crown, below. Above the inscription there is a small motif unique to each panel. The edges and the handle of the basket are made from flat pink silk ribbon. The handle is decorated with a panel of wound thread and beads. The inscriptions read as follows: centre panel - The Right Reverend/Lord Bishop of Australia; other panels - The Queens', 'Female Orphan/School,Sir John Franklin/Lieutenant governor, Rev TB Naylor,Hd Master, The First, Public Examination, May the 31st 1838.

The sampler is incredibly small measuring 15cm by 15cm and would have needed expert concentration and needlework skills. At the time of the examination, there would have been, judging from the admission registers, about 170 girls over the age of 5 years who would have been learning sewing. One teacher who may have had the responsibility of teaching these skills was Mrs Mary Martha Girle. Her daughter, Mary Ann Girle was a student of around 11 years of age in May 1838, was possibly one of the sewers of the sampler. When Mary Martha Girle and her children Thomas, Samuel and Mary Ann left the orphanage in December 1838, they went to Launceston where Mary Martha and Mary Ann were employed as teachers at the Frederick St School.

The sampler was presented to the Tasmanian Museum and Art Gallery by Miss Ursula Lefroy in 1969. She had received the sampler from Miss Louisa Lefroy (d. 1953), a niece of Sophia Cracroft (1816-92). Sophia Cracroft was the niece of Sir John Franklin (1786-1847) and also Lady Franklin's long-time companion in Tasmania and elsewhere.

Joyce Purtscher has published yet another index, the result of many months of painstaking transcriptions. This time Joyce has indexed the Tasmanian Archives SWD1 files of the Neglected Children's Department and provided a link to the actual online content of each file. The index is an important contribution to Tasmania's social history during the years 1888-1936 and will be a useful source for family historians and other researchers. It is available to buy through the Hobart Branch of the Tasmanian Family History Society at Bellerive and online.

From the Shadows Update December 2019

Can you help us reach our fundraising target? We have almost reached our fundraising target. If you have been thinking about donating, now is a good time to do so. We need another $20,000 to reach our target. To date, we have raised $ 185,000 in sponsorships, grants and fundraising. All donations, no matter how small, will be gratefully received.
To donate to this important project, please visit our website or email us or phone 0409 140 657.
Our website now includes a Donate button to make it easier for you to donate.
Donations can also be made by direct deposit.
Direct Deposit
BSB: 807009
Account No.: 30084819
Account Name: From the Shadows Inc.
Please put your name in the description field. If you would like a receipt, please also email us your name and contact details.
Cheque
Donations can also be made by cheque made payable to From the Shadows Inc.
Postal address: PO Box 4659, Bathurst Street Post Office, Hobart, Tas. 7000

We appreciate any support you can give.

Dr Dianne Snowden AM
Secretary, From the Shadows Inc.

2020 Deadlines for Friends of the Orphan Schools newsletter articles 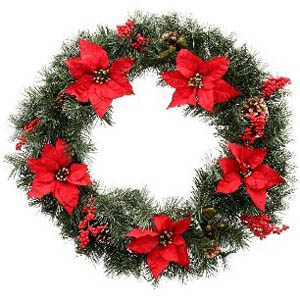 Season's Greetings from the Friends of the Orphan Schools Committee

Looking for a PDF version to print or save? Click here
Sent by the Friends of the Orphan Schools, St John's Park Precinct